Why is Google Play better than Windows Store? 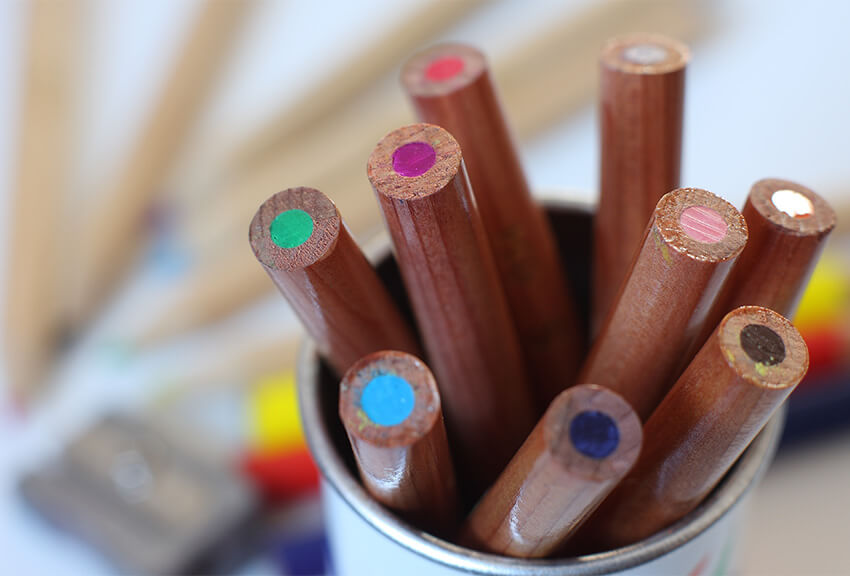 Why is Google Play better than Windows Store?

Last week I made a post about why Windows Store is better than Google Play. It was mainly about free marketing support for developers from Microsoft and third parties. This week I would like to take a look at the two stores from different angle.

This time it is about quality of services and tools that Google and Microsoft share with developers. There are a few very distinctive differences in how both companies approach this matter. Names of developer’s dashboard are Developer Console (Google) and Dev Center (Microsoft). This post is not taking into account all aspects and you’re very welcomed to add your thoughts.

Microsoft started later in mobile world and it was late with introducing all good features to Dev Center. Now they are doing a bit better, but still I would say they are doing a lot of mistakes and things that annoy developers along the way. For example when introducing new dashboard they removed some old features, like displaying total lifetime downloads of your app or exporting data older than 1 year. Now after year or even more they are bringing it back, but why did it have to take so long?

Another basic thing could be that we cannot filter, hide or delete apps in Dev Center. If we have some old, unpublished apps they will be hanging on our dashboard forever. There’s a lot of such little things that we discover as we use this dashboard more and more. 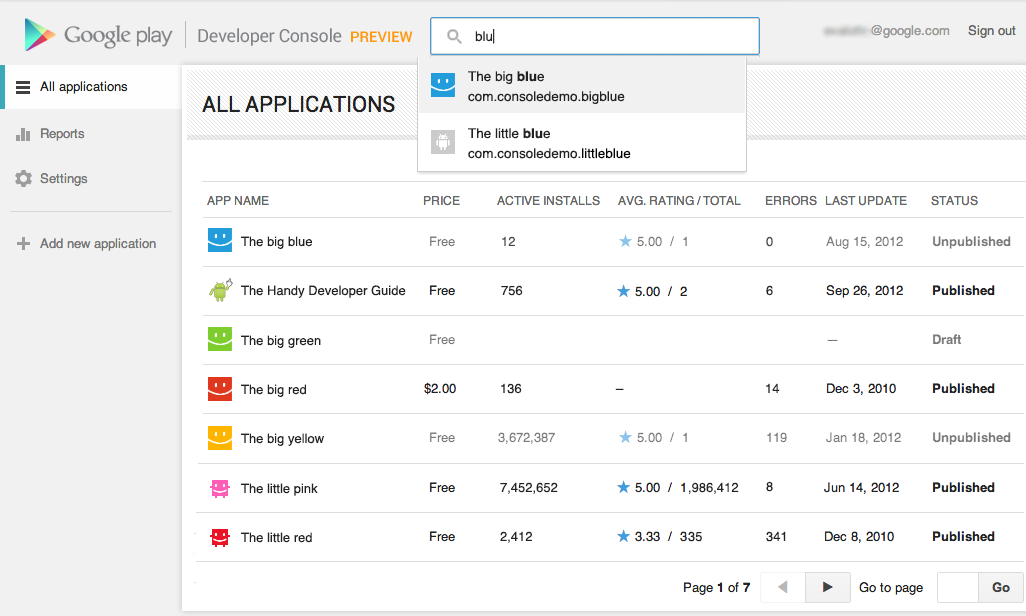 First problem with Dev Center analytics is that they are quite often delayed. When you’re releasing new app or update and want to watch how it goes be prepared to wait for at least 2 days, but often longer, for some numbers. However, it is also true that statistics in Developer Console are sometimes delayed, but definitely not as often as in Dev Center. Wherever you’re releasing your app, you should probably consider integrating external analytics service, because they are often more reliable, faster and offer more insight.

Second problem with Dev Center analytics is that they are lacking one important metric – uninstalls. In Developer Console we can see all install, uninstalls and current installs. This tells us a lot about how many real users we have. Dev Center gives us only total and daily number of downloads. So when we see 1000 downloads a day it seems good, but in reality 70% may be uninstalled in 24 hours – which we would know in Developer Console, but not in Dev Center. If we know that we could think – what is the problem? Why are people not staying in the app? We would look for additional information, maybe some feedback from users and when we knew enough, we could find a solution. It is very important to use right metrics that provide some real value, instead of false metrics that give us false impression of making progress (nice article by Seth Godin on the subject). Otherwise our apps won’t grow, we will be losing opportunity and users will still be lacking what they are looking for (or they go to competitors).

Another great feature provided by Google. Developers can test their description or images in the store with A/B tests. New, tested element is offered for up to 50% of users in given language (or globally). From some time we can create a few tests at the same time.

Very recently Microsoft introduced A/B tests for UWP apps, but I didn’t have a chance to try them yet. This is something different from tests offered by Google. In Developer Console we have tests for store, so they can help with ASO (App Store Optimization). Good decisions here can lead to better spot in search results and more downloads. Microsoft’s tests are more about how users use our app and what can we do to make it easier, faster and more user-friendly.

Advertising was a separate service from Microsoft, but right now it is being integrated with Dev Center and already mostly is. Google has AdMob. It is not integrated with Developer Console, but still it is Google’s service. I’ve seen a lot of comments from Android developers saying that AdMob offers terrible performance. Well,  I’m wondering what they would say about Microsoft Advertising. AdMob offers SDK for Android and WP8, but not WP8.1 or UWP apps. On Android eCPM is about 10x higher than on WP8. So from my perspective AdMob performance on Android is quite good. Especially that fill rate is almost always near 100%

Microsoft Advertising had its ups and downs (downs mostly to be honest). It offered really bad performance when I was starting with it a few years ago. Later there was a time (last year and a year before) when I had pretty decent eCPM. It was nice, despite other problems. This year it is very bad again. Statistics break every few weeks. Microsoft’s team is always solving the issues, but usually it also takes weeks. And then the cycles repeats. It was like that in previous years too, but it happened much less than now.

Additionally, Microsoft has a problem with inventory. Fill rate is about 50% which wouldn’t be very bad if eCPM was high. But it isn’t anymore.

Microsoft says they are aware of the issues and they are trying to solve them to offer us better experience. However knowing their speed, it will take some time. Everyone is saying that fragmentation of Android is big issue. In some cases this is true, but for most developers it shouldn’t be a big problem. When I was creating my first app for Android in Xamarin I would say it was pretty easy and straightforward. Of course, there were some issues to solve, but there always are, no matter the platform.

Android has API levels. Each new level introduced with new Android version gives developers some new features. We create one app and it works on all devices. If we want to use functions from higher API level we just create condition, so that it is available only for users with newer Android. It’s quite simple.

In Windows it is different. We had Windows Phone 7. Then we had Windows Phone 8 – we had to create separate app. Next in line is WP8.1 (Silverlight) – it is fine, still the same app as WP8 and WP8.1 (XAML) – it is something completely different, new API and new app to create. WP8.1 was an introduction for unification of Windows platform. In the same time Microsoft created Windows 8/8.1 apps and a bit later universal 8.1 apps. The universal apps are still separate for phone and tablet/desktop. With Windows 10 we have new platform again – UWP (Universal Windows Platform). This time it is one app for every device. Finally.

It took some time for Microsoft to reach the same point in which Android was at the very beginning. But creating for Windows is still a big mess. Windows 10 Mobile still has very low market share, so we should support WP8.1 and maybe Windows 8.1. We still have to create a few apps for one platform.

When I read about how Android is fragmented, I just laugh and think about Windows. I know that for Android it is mostly problem with big number of manufacturers, models and their differences, but as I said – I didn’t have much problems with this so far.

Is there a big difference?

Yes, I think there is. Google is trying harder and is more focused on mobile market than Microsoft. If they are introducing new function then it is there and it is working. It is not always the case for the team from Redmond. Overall experience with Developer Console and AdMob seems much better than interaction with Dev Center.