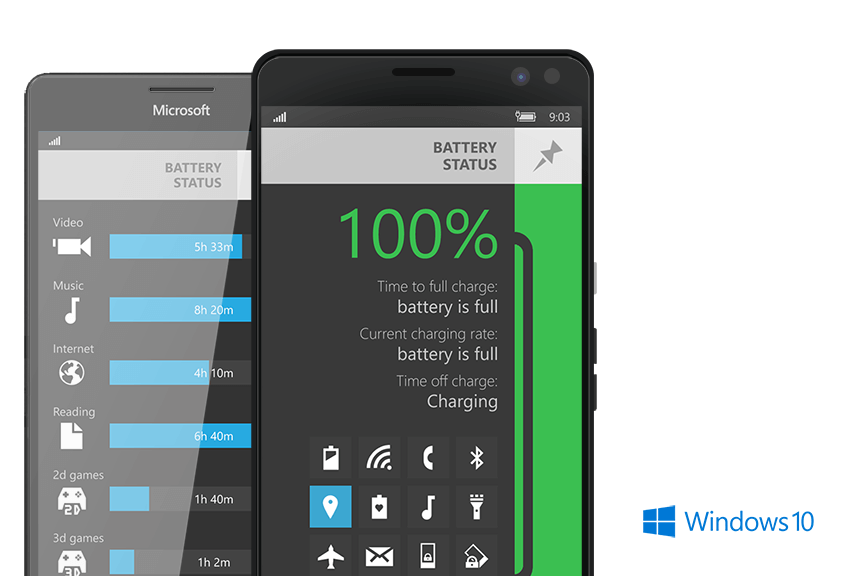 It’s been a while since I did something with Windows Phone version of Battery Status. When Windows 10 was released for phones I and some of my users had problems with the app. It didn’t always work as it should. It even once happened that all WP8 apps stopped working for me on Windows 10 Mobile phone and I had to hard reset it to make them work again. I decided to rewrite WP8 version of Battery Status for Windows 10. It took me quite a few months, longer than I expected.

App is only for Windows 10 Mobile, it is not for full version of Windows 10 (so tablets, laptops). I don’t think it is that important on other devices, but if you think differently then let me know on Twitter (@amellsoftware) or Facebook (here).

App is almost the same as WP8 version (on the outside, because a lot of code was rewritten). It has slightly refreshed design, but there are no new features. Generally app should work more stable in the long term, but as it is first release there may be some bugs. If you notice something please let me know.

There is also an experimental feature to refresh tile on every percent change. Edit: I think I figured out why it was working so poorly. With new update it should work better. For what it means “better” and how it works go to the new post: How real time live tile in Battery Status 10 works?